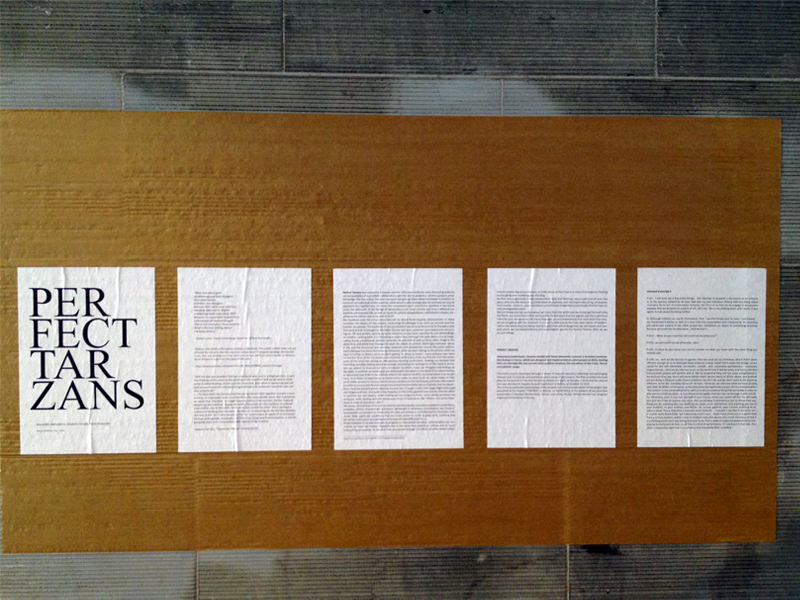 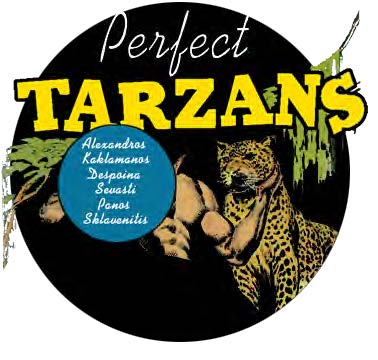 Despina Sevasti, Alexandros Kaklamanos and Panos Sklavenitis transmitted at BRDG a recorded conversation in Greek, lasting 3,5 hours, which was designed and implemented as a joint project in 2012. Perfect Tarzans is dealing with art and daily life in the indebted Greece, the narratives of the Greek Crisis, Tarzan, patriotic songs, Greek neo-nazism, and what it meant to be a young Greek artist in this condition. The entire project developed through a series of research sessions, collecting and exchanging relevant stuff of all kinds and evolved around a series of discussions. The first recorded one took place at the School of Fine Arts Residency Station in Delphi, at October 7 2012 and the second one was recorded at Despina Sevasti’s apartment in Athens, at October 13 2012. The 10-minute audio trailer of the project was presented at the theater “EMPROS” in Athens, on the 9th of February 2013, in the context of the collective presentation ‘Disturbed Relationships: Voices’, part of the 10- day ‘Where are we now’ program organized by Kolektiva Omonoia. Further info: http://perfecttarzans.blogspot.gr/